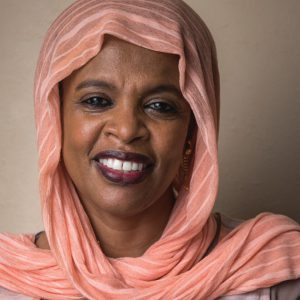 Mazahir Salih came to the United States 20 years ago with a degree in civil engineering from her native Sudan. She first settled in Virginia, where as an immigrant woman she found she had to start over with her career and education. While in Virginia she became a citizen, married her husband, and started a family. She moved to Iowa City in 2011 to pursue a degree in electroencephalography, a program she finished about two years ago at the top of her class.
Mazahir Salih is a long-time community organizer and family advocate in Iowa City.
With extensive experience in community planning and development, Salih testified in front of the US Senate Judiciary Committee in Washington, DC on immigration reform in 2013, and has organized and led numerous workshops, forums and training sessions for local and national organizations on community development, workplace and immigration issues. As the General Secretary of the Sudanese American Women and Children Organization in Iowa City, Salih has played a key role in bringing together the Sudanese-American community with the Iowa City Community, as well as city, county and state agencies, as well as nonprofit and interfaith organizations, to consider employment, housing, school, transportation, and social service needs in Iowa City.

She also became very involved as a community activist, Co-founder of the Center for Worker Justice where she is currently The Executive Director. Working at CWJ to defend the rights of workers, Salih was able to work on behalf of labor and social justice issues.
Salih serves the community in many other ways, she serves on several civic boards and nonprofit service organizations in Iowa City including the Police Citizens Review Board, Iowa Valley Global Food Project, Black Voice Project- Iowa City, Council for international Visitors to Iowa City CIVIC, University of Iowa human rights, City Manager’s Round Table, and the Sudanese-American Women and Children’s group. Salih was also formal board member of the IC Downtown District Association, she served as the Vice President of the Head Start Policy Council in Alexandria City, Virginia, where she oversaw policy, spoke at national conferences, and coordinated programs with Head Start directors, school district leaders and city officials.
On November 2017, Mazahir Salih has been elected to Iowa City, City Council to become the 1st Muslim to be elected to Iowa City council and the 1st Sudanese American ever to be elected to an office in the US. In January 2020, she became the Mayor Pro Tem of The City of Iowa City. 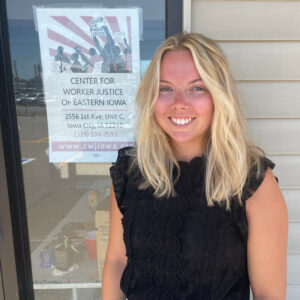 Kaille Simmons attended the University of Iowa, studying Gender, Women’s, and Sexuality Studies and Criminology, Law, and Justice. Kaille found her passion for social and economic justice through her studies and wrote a thesis about health equity and racial, ethnic, and economic disparities relating to health care and insurance policies. During her studies, she was introduced to the Center for Worker Justice of Eastern Iowa through a social justice course. At the beginning of her senior year, she began interning with CWJ working on workers and tenants rights. In January of 2022, Kaille became a part-time employee continuing this work. After her graduation from the University of Iowa in May of 2022, Kaille became a full-time Community Organizer for CWJ focusing on wage theft and the rights of Iowan workers. 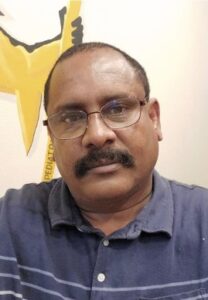 Ali Ahmed is a long-time board member and co-founder of CWJ who has been active in CWJ Community ID, minimum wage, and civil rights campaigns. He was a member of the Iowa City Human Rights Commission from 2013-2016, is a member of the Sudanese Community Association’s Board of Directors since 2012, and is now a Board member of the Iowa Valley Global Food Project. He is originally from Sudan and now lives in Iowa City. He works as a taxi cab driver and is a father of 3 children. Ali was the former president of Sudanese American Community Services. 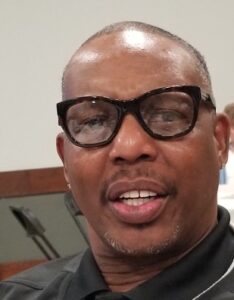 Gregory Hearns is the President of the Iowa City Federation of Labor. He rose through the ranks as a rank-and-file member of the Teamsters Union and served as a Business Agent of Teamsters Local 238 for years before recently retiring from that position. He is a longtime volunteer member of the CWJ finance committee. 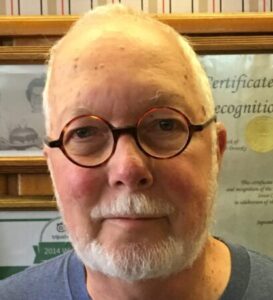 Charlie is currently serving as the Treasurer of the Center for Worker Justice and is an active supporter of the Forest View Tenants Association. He serves on the Iowa City Community School District school board and is a member of The Black Voices Project, the Johnson County Interfaith Coalition and has previously served on the Iowa City Housing and Community Development and Planning and Zoning Commissions. 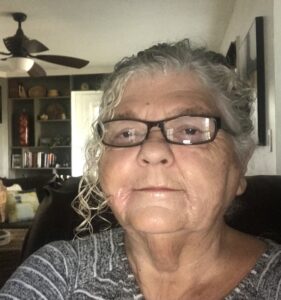 Loxi Hopkins has been a full time volunteer in the Social Action Department of the Catholic Diocese of Davenport for the past 18 years. She is a board member of TeamCan, The Lincoln Center, Progressive Action for the Common Good, Iowans for Immigrant Freedom, and active member of One Human Family and Juvenile Justice coalition. Loxi was part of the advisory committee for the formation of Center for Worker Justice of Eastern Iowa and is happy to have been chosen for the Board. 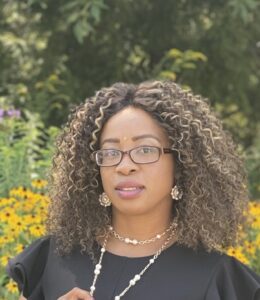 Bijou Maliabo has been an outspoken community activist for more than 7 years now. She is well known as an advocate for immigrants and refugees across Iowa and has spent most of her waking hours serving the communities of Eastern Iowa in any way possible. Her passion for serving others has ushered her into leadership for several non-profit and social justice groups including The Human Right Commission, The Congolese Health Partnership (CHP), Program Management Plus with the University of Iowa for Refugees, The Center for Worker Justice (CWJ), & The UNA-Johnson County chapter. She has also lent her professional ability to speak 5 languages to the school district, Iowa Human Services, the Johnson County court system, and multiple police precincts in the area. She is a deeply passionate about helping others and serves as a mentor for multiple youth across the nation and abroad. She is eager to use her voice and employ her experience to empower others and inspire change by supporting others and giving back to the community. 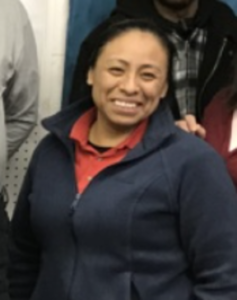 Elizabeth Bernal joined the Board in 2018. Bernal works at Iowa City School District as a Latino Liaison. While there she has helped children and their parents advocate for their needs and experiences in the public-school system through translation, advocacy, and general assistance with parents in English as a second language. As a community leader and advocate in the Iowa City Community School District, Bernal joins the CWJ Board at a time when student advocacy and grassroots movements begin to take off in our young organizing community. 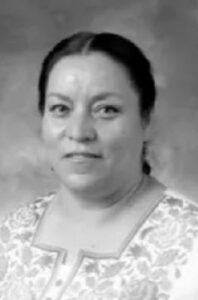 Maria Cachua is originally from Mexico. She is a full-time mother of two and has been a leader in organizing the Center for Worker Justice and conducting outreach on CWJ’s behalf in the local Latino community. She is an active member of Grupo Javes, a support and advocacy group for mothers of Latino children with disabilities. She also started her own bakery business called Cachuas Cake. Maria also participates in community enterprise within CWJ. She currently serves on CWJ’s Financial and Social Committees. 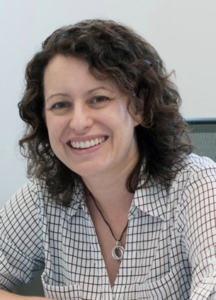 Robin Clark-Bennett is a labor educator and Director of the University of Iowa Labor Center. She has 30 years of experience in the labor movement as an organizer, regional organizing director, staff representative, and educator. She is a co-founder of the Center for Worker Justice and continues to support CWJ leaders by developing educational materials, classes, and information about the labor and employment rights of Iowa workers, as well as organizing and leadership development programming. 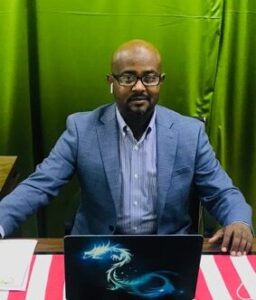 Kamil Elgiseer is an immigrant from Sudan who is part of the Social Enterprise Café. He was also the vice president of the board in 2020. He is currently working as an engineer, focusing on the production of solar energy. He is married with three children and is very active in his community. 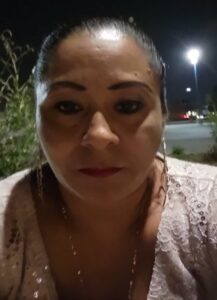 Ana Cano is originally from Mexico and has been an active member of CWJ for six years. She is happily married and has four children and is focused on being a stay at home mom. While dedicating a lot of time to her children, Ana likes to stay focused on immigrant issues and is an advocate for her community. Ana has participated heavily in various unions and informed immigrants on their rights. 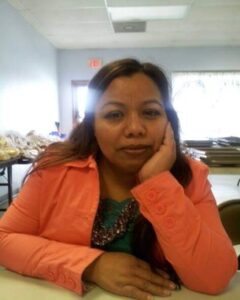 Marcela Hurtado has been active in CWJ since its founding. She has been part of leadership teams involved in organizing all of CWJ’s major campaigns, has planned and facilitated numerous planning meetings, trainings, events, and actions over the past nine years, and frequently served as CWJ’s public spokesperson. She is originally from Mexico, has worked in the hospitality industry, and is the mother of three children. In her freetime, Marcela enjoys making her own special tamales. She is involved in community enterprise within CWJ and she was the president of the board of directors for four years. 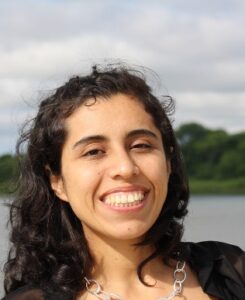 Zoraida Oyola is an avid artist and teacher, often performing with regional orchestras and currently teaching a diverse studio at the Music4life Academy, the University of Iowa Community Lesson Program, and at her private studio. Originally from Peru, Ms. Oyola Rebaza came to Iowa to study music at the University of Iowa and graduated with a Doctor of Musical Arts degree in 2014. , Ms. Oyola has performed in Oaknoll retirement home and Open Heartland as part of an outreach project to bring classical music to non-traditional venues. She has volunteered as a translator at Horn Elementary and CWJ. She is happy and honored to be a member of the Board of Directors of CWJ. 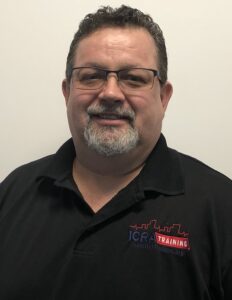 Royce Peterson is married with two adult Sons. Royce is a proud member of Carpenters Union Local 1260 in Iowa City where he has served on the Executive Board and as a Business Representative for several years. Royce is a labor advocate in the Local Community and love learning other cultures and Heritage. 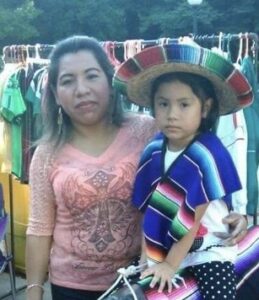 Margarita Baltazar joined the CWJ board in 2017 after being active for several years in CWJ’s minimum wage and affordable housing campaigns. She is currently president of the Forest View Tenants’ Associate and has been instrumental in organizing mobile home park residents to negotiate favorable new housing as part of a major redevelopment of the neighborhood. She is originally from Mexico and currently works in the fast food industry to support her daughter. 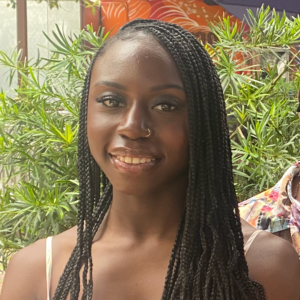 Saye Traore is a student at the College of Nursing at The University of Iowa graduating in 2024. After finishing her French minor in school, Saye knew she wanted to continue developing and using the language. She was an intern at The Center for Worker Justice December 2021 – May 2022 and focused on translation and aided in applications for low-income programs. As a first generation, Saye resonated with the passion behind helping immigrant communities and she knew that beyond her internship, she wanted to continue working with the Center for Worker Justice of Eastern Iowa to help meet its goals. Saye then became a board member in the spring of 2022. 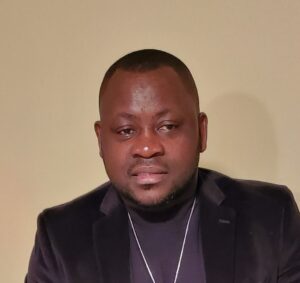 Bradarie Djeugang is an upcoming accountant who who is also passionate for economic and social justice. Moved to U.S in 2013, he rapidly joined the newly founded organization (Center for Worker Justice of Eastern Iowa) to help ameliorate the conditions of immigrants and workers who experienced injustice at their workplace. He coordinated several programs at CWJ among which the wage theft with the recovery of thousands of dollars, and most importantly the raising of the minimum wage in Johnson County.

Recently graduated with Bachelor in accounting from the University of Iowa, he is looking forward to explore new career while still devoting time to better the community and community members.
Go to Top